The attraction opened June 23, 1963, and was the first to feature Audio-Animatronics technology, a WED Enterprises patented invention. The attraction was sponsored by United Airlines for its first 12 years; in 1976, sponsorship passed over to Hawaii's Dole Food Company, which remains the sponsor to the present day. Dole also provides the unique Dole Whip soft-serve frozen dessert sold at a snack bar near the entrance.

The presentation features a "cast" of over 150 talking, singing and dancing birds, flowers, the aforementioned magic fountain, tiki drummers and tiki totem poles that perform the attraction's signature tunes, "The Tiki Tiki Tiki Room" by the Sherman Brothers and "Let's All Sing Like the Birdies Sing". The finale has every Audio-Animatronics figure performing a rousing version of "Hawaiian War Chant". The choice of exit music is somewhat unusual, namely an arrangement of "Heigh-Ho" from Snow White and the Seven Dwarfs with lyrics thanking guests for watching the show and hurrying them to the exit. 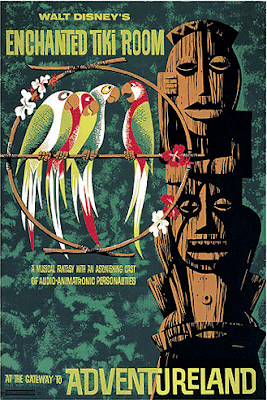 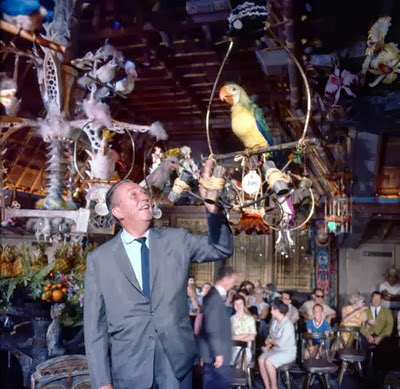 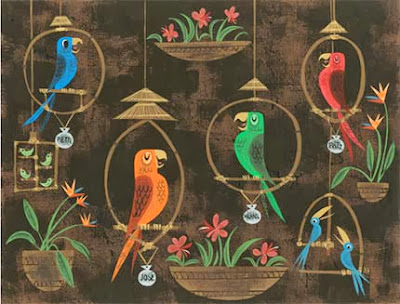 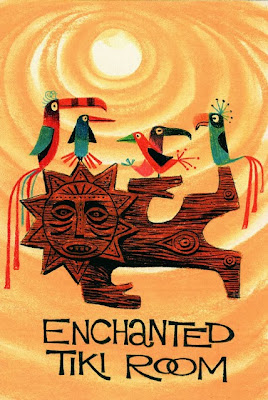 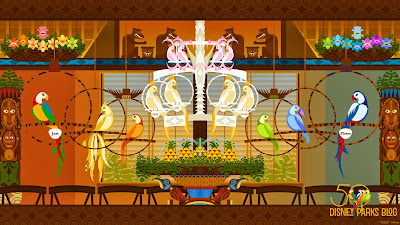 Digital Illustration made by Jason Tackett 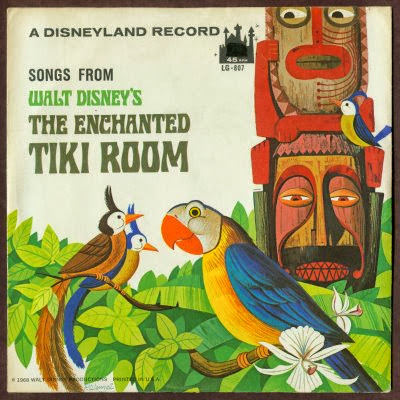