The American painter Walton Ford (b. 1960) is classic in his mastery of the figurative material and the artistic techniques that otherwise belong to a vanished era. His preferred media are watercolours and gouache on paper, techniques he applies in very large, almost life-size renderings of fable-like narratives in which animals play the leading roles.
As a contemporary artist, Ford is particularly inspired by his fellow American John James Audubon (1785-1851), whose standard work Birds of America a collection of large pictures and texts showing more than 435 different birds represented in minutely detailed colour prints stands to this day as the most comprehensive artistic project of its kind.
Walton Ford's unique pictures give new twists to the tradition in several ways: In his illusionistic pictorial universe, where every single patch of fading and apparent damage or spot is calculated, the animals get to answer back. They see us just as much as we see them. And although the unbridgeable differences between species and the objective cruelty of nature are part of the point of the pictures, deepest down they are about ourselves.
Source: http://www.louisiana.dk/uk/Menu/The+Shop/Louisiana+Edition/Walton+Ford
Source: http://artobserved.com/2011/11/go-see-new-york-walton-ford-i-dont-like-to-look-at-him-at-paul-kasmin-gallery-through-december-23-2011/ 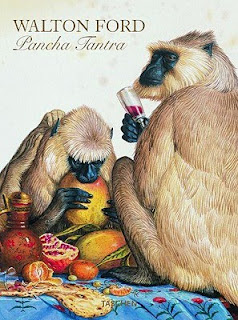 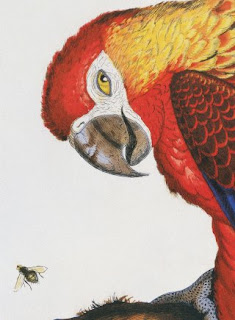 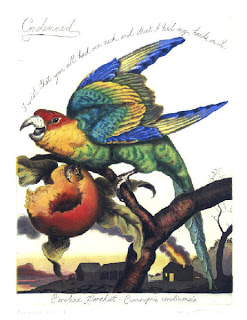 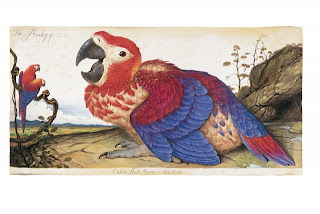 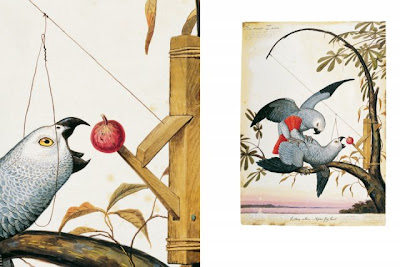 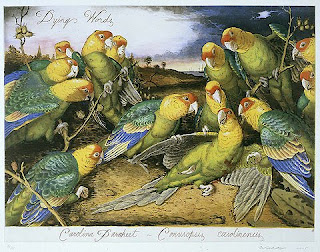 From the description of Sensations of an Infant Heart, Brooklyn Museum:
"When John James Audubon was a young boy, his stepmother’s pet monkey strangled Audubon’s favorite pet parrot. The monkey was kept chained after the incident. Later Audubon would write that the “sensations of my infant heart at this cruel sight were agony to me” and that the painful memory may have been one of the reasons he painted birds." 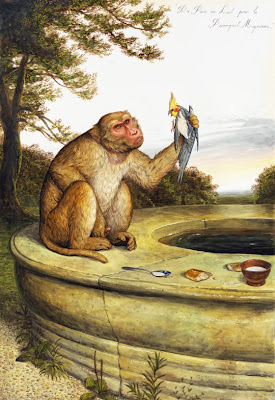 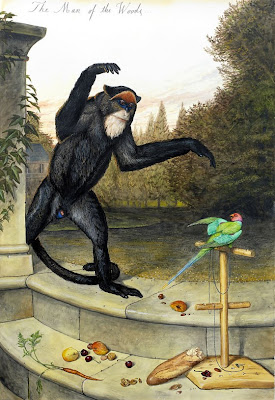 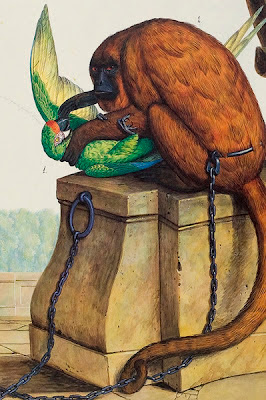 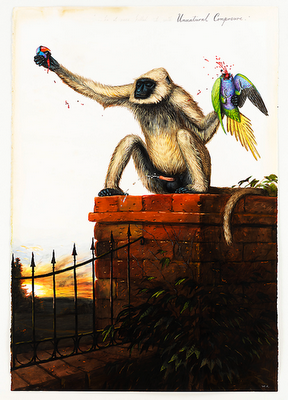 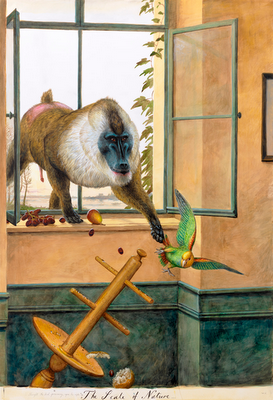 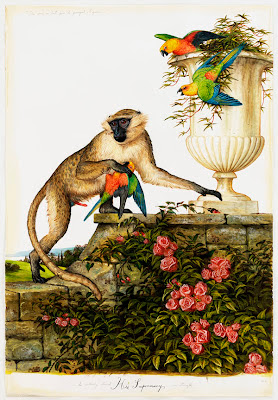 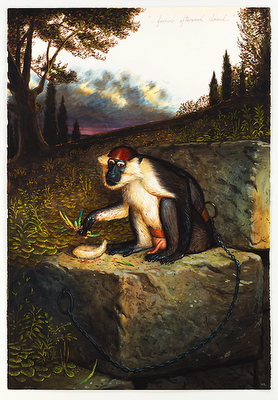 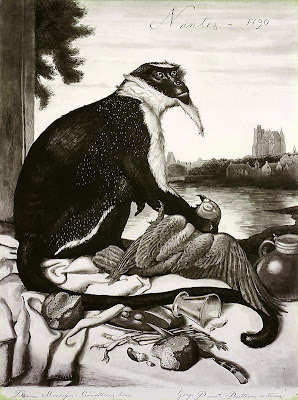 Walton Ford - Nantes, 2009
Etching, drypoint and aquatint on paper
Here Ford imaginatively recreates a childhood experience described in Audubon's memoirs, where the little boy who grew up in Nantes in France during the Revolution sees an ape killing a talking parrot. The picture was made in a continuous process involving several printing techniques; recreating the way Audubon¹s popular masterpiece was created.