Emerson Records was a record label active in the United States between 1916 to 1928. Emerson Records produced between the 1910s and early 1920s offered generally above average audio fidelity for the era, pressed in high quality shellac. The fidelity of the later issues compares less favorably.
Emerson was founded by Victor H. Emerson, an employee for Columbia Records from the 1890s.
Inventors: Victor H. EmersonPublication Date: 12/13/1921
Link: http://ip.com/patent/US1399757
Link: http://www.freepatentsonline.com/1399757.html

The term “phonographic tablet” occasionally appeared in the literature. The backing is a cutout shape, roughly in the form of the subject of the record, usually an animal or generic children’s doll theme.
Some of the titles are “I Am a Parrot,” “The Mocking Bird,” and “The Fox.” There are also some WWI subjects, a Mother Goose, and a tired baby.
Source: http://www.kiddierekordking.com/article.html 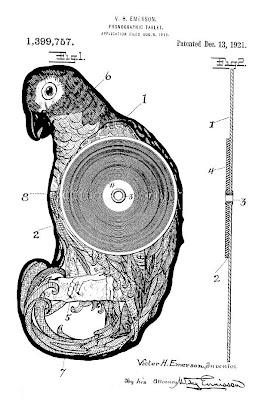 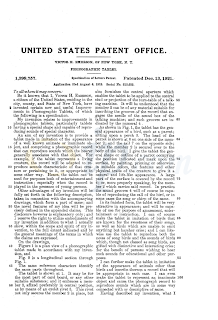 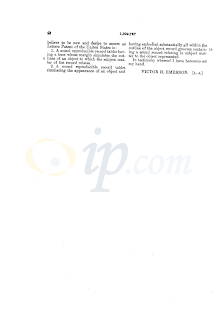