Perfume bottles -coveted by scent users and glass collectors since ancient Egypt - became a collectible available to most everyone in the 20th century. The change occurred in 1907 when Francois Coty, the Paris perfume producer, persuaded his friend Rene Lalique, the designer, to devise a decorative bottle in which Coty's perfumes would be sold.

Until Coty and Lalique changed the course of the perfume business, bottles were purchased separately and refilled as needed. Coty's innovative approach to packaging transformed these scent containers into disposables and made virtually obsolete the tiny funnels women once used to refill their perfume bottles. The appeal of these glass containers also gave the fragrance industry more to sell than scent.

Lalique's first designs for Coty were squared columnar vessels, as spare as chemists' laboratory containers in form, to which he added some less familiar molded-glass embellishments - nude women and flowers. Over the next 35 years until his death in 1945, Lalique produced hundreds of such designs in a stunning variety of forms and decorations - perfume bottles that other designers frequently imitated but could rarely match in imagination and sophistication. Once Lalique began working in glass, designing for Coty, he conceived bottles for many of his competitors - Worth, Lucien LeLong, Roger et Gallet, Guerlain, Molinard and D'Orsay. He also designed perfume bottles for those women who preferred to buy empty vessels and refill them as needed, bottles that were sold worldwide along with his vases, clocks, lamps and decorative sculptures.

Lalique borrowed freely from historical examples, usually improving on the work he adapted. The jade-like glass bottle he designed in 1924 for ''Le Jade'' by Roger et Gallet is a glorious imitation of a 19th-century Chinese snuff bottle. 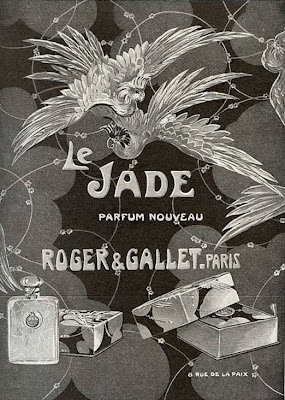 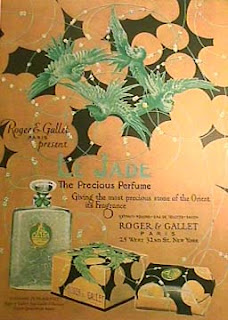 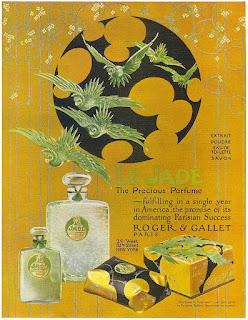 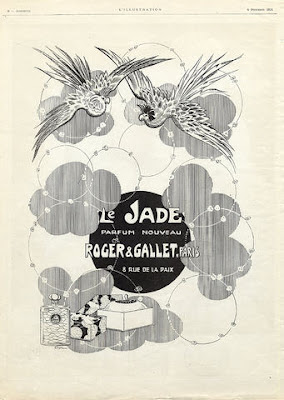 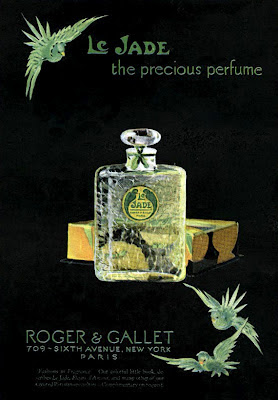 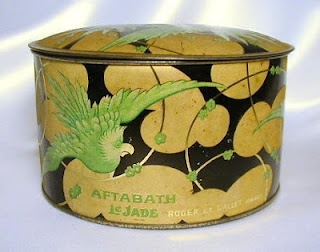 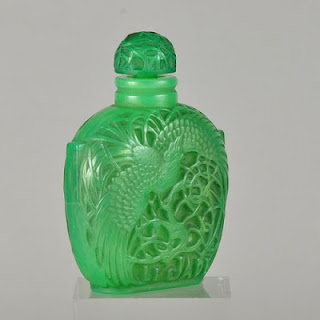 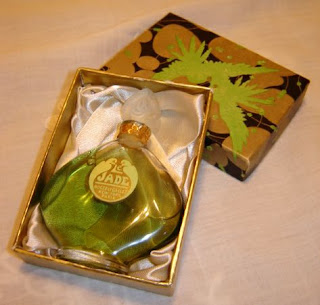