Leather Parrot for Hermès at "The Gift of Time" exhibition at Tanjong Pagar Railway Station in Singapore.

Hermès bought a little bit of timeless Parisian flair to Singapore, with the recent "Gift of Time" travelling exhibit, held at the evocative Tanjong Pagar railway station—a decommissioned heritage space where time itself has stood still.
As conjured up by long-time friend of the House, American artist Hilton McConnico, the dreamy exhibit consisted of a meandering, mysterious labyrinth of secret rooms, all holding one facet of time. Visitors, which totalled about 700 on the opening party itself, contemplated the simultaneous brevity and eternity of time via installations cleverly made using Hermès.

One of the highlight was the stunning "Stroke of Time" room, with a hanging cage in which perched a colorful parrot juxtaposed against an entire pixellated wall mural depicting a prowling cat.

Closer inspection would no doubt elicit gasps of pleasant surprise: both art works are meticulously crafted from the the French maison's famous grained leather. Singapore visitors at the launch were invited to press their palms against the "cat wall", so as to leave their imprint upon an installation which would travel around the wall and develop a burnished patina over time.


Lucie Thomas teamed up with Thibault Zimmermann to form Zim&Zou, a french studio based in Nancy that explores different fields including paper sculpture, installation, graphic design, illustration. Rather than composing images on a computer, they prefer creating real objects with paper and taking photos out of them. A number of intricate illustrations actually come from the three-dimensional installations made by Zim&Zou. Their choice of paper is due to the versatility and good quality of the material, especially when it is sculpted and photographed. 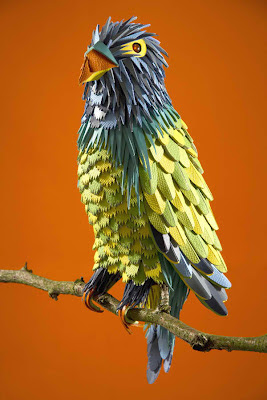 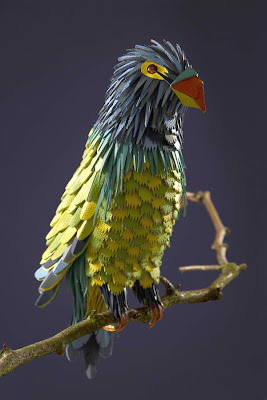 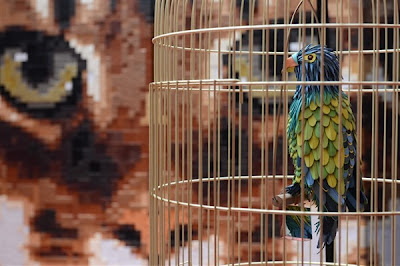 Close-up detail of the parrot made of multi-hued leather trimmings in the "Stroke of Time" room.
Source: http://www.luxury-insider.com/luxury-news/2012/08/hermes-offers-gift-of-time-to-singapore 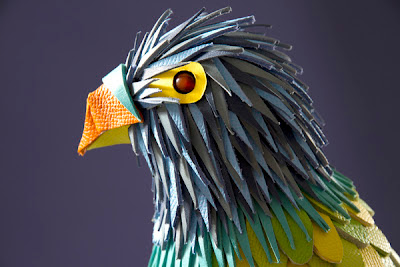 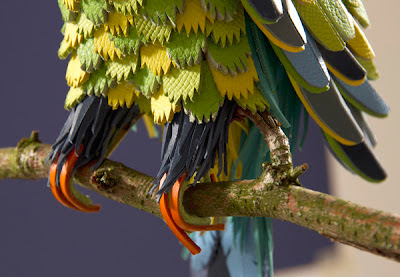 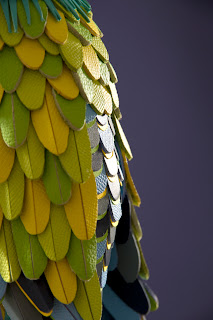 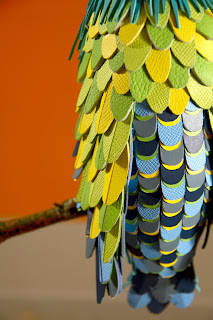 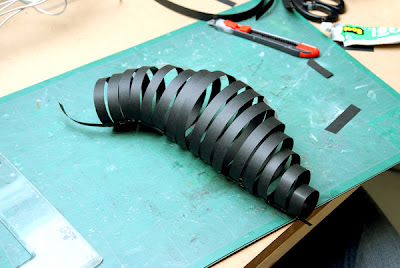 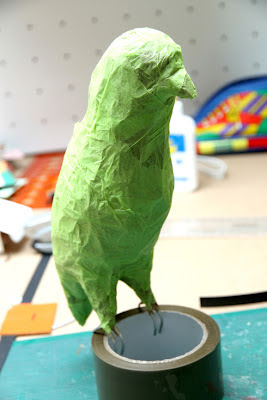