Irving Berlin (1888 – 1989) was an American composer and lyricist, widely considered one of the greatest American songwriters in history.

"I'll See You in C-U-B-A" is a song composed in 1920 by Irving Berlin . The song is one that responds directly to Prohibition. Prohibition, of course, was the result of the ratification of the 18th Amendment to the U.S. Constitution (later repealed by the 21st Amendment). Prohibition had a wide-ranging effect on life in the United States - something that was not lost on Tin Pan Alley's songwriters, whose ability to respond to current events is well-known. I'll See You in C-U-B-A is one of a few Prohibition-inspired songs that can be seen in the exhibition.
source: http://nationalheritagemuseum.typepad.com/library_and_archives/irving_berlin/ 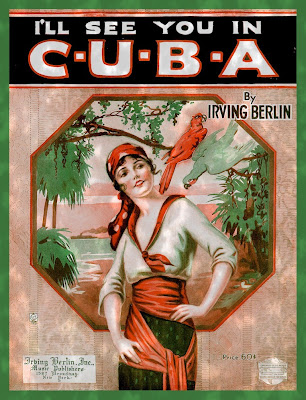