Marie Studholme (1872–1930), born Caroline Maria Lupton or Marion Lupton, was an English actress and singer known for her supporting and sometimes starring roles in Victorian and Edwardian musical comedy. Her attractive features made her one of the most popular postcard beauties of her day.
Studholme's theatre career spanned from 1892 to 1915. She was one of producer George Edwardes' famous Gaiety Girls and originated several roles in musical comedies. 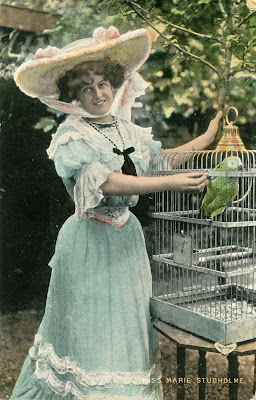 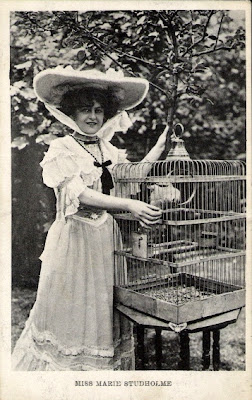 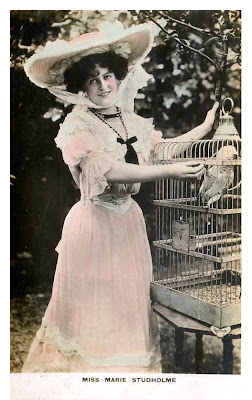 Marie Studholme Poses with Her Pet Parrot in Its Cage 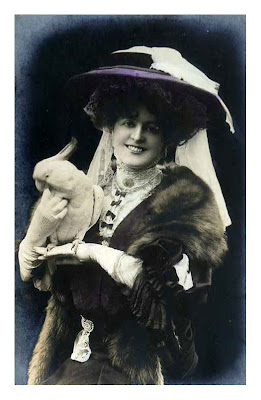