Mistinguett (5 April 1875 – 5 January 1956) was a French actress and singer, whose birth name was Jeanne Bourgeois. She was at one time the best-paid female entertainer in the world. She inspired a fashion for long headresses and gowns, which became a staple of French music hall.
Jeanne Bourgeois made her debut as Mistinguett at the Casino de Paris in 1895, and appeared also in shows as the Folies Bergère, Moulin Rouge, and Eldorado. 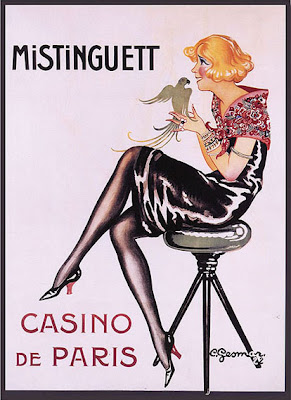