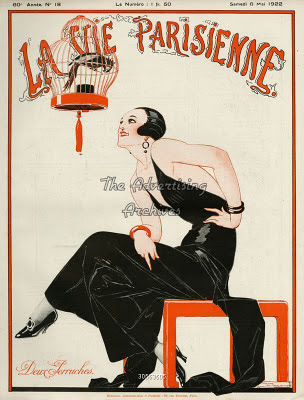 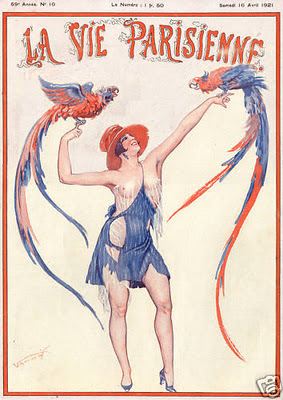 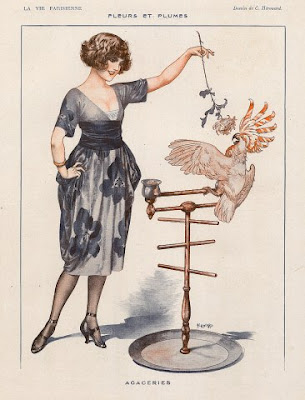 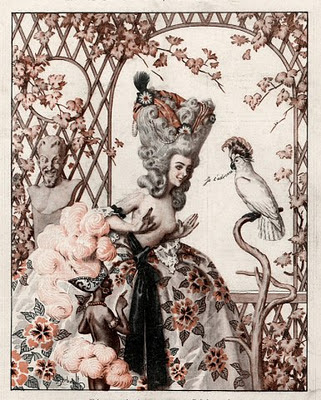 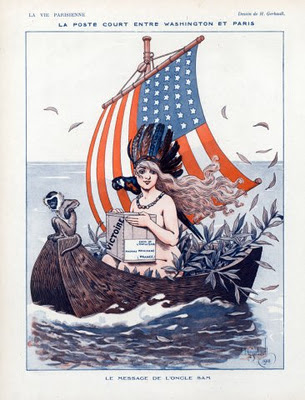 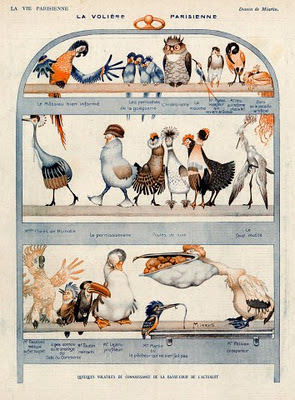 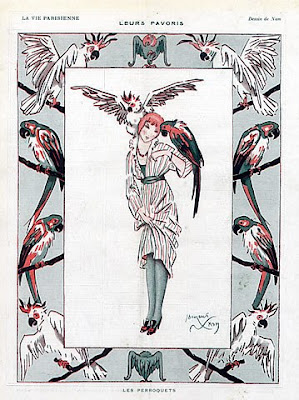 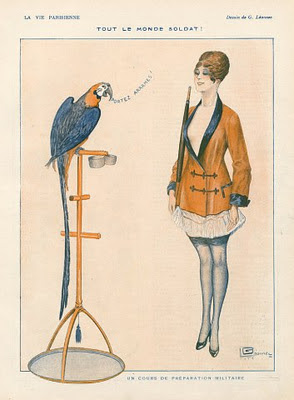 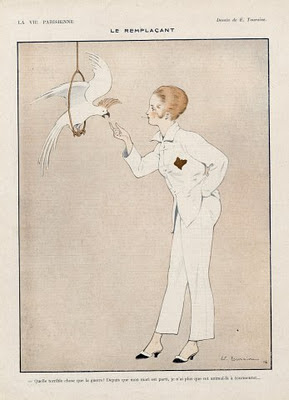 La Vie Parisienne Magazine Plate, ''Le remplacant'', 1916
Artist: Edouard Touraine
La Vie Parisienne was a magazine in France founded in 1863 and popular at the turn-of-the-twentieth century. It was originally intended as a guide to upper class and artistic life in Paris , but it soon evolved into a mildly risqué erotic publication.
La Vie Parisienne was hugely successful because it combined a new mix of subjects - short stories, veiled gossip and fashion banter, also comments about subjects from love and the arts to the stock exchange - with beautiful cartoons and illustrations by leading artists of the age. Alongside this La Vie also reflected the changing interests and values of the turn of the century population such as fashion and frivolity.
The artwork of La Vie Parisienne reflected the stylization of Art Deco illustration, mirroring the aesthetic of the age as well as the values, and this coupled with the intellectualism, wit and satire of its written contributions was a combination that proved irresistible to the French public.
Image source: http://www.advertisingarchives.co.uk/ 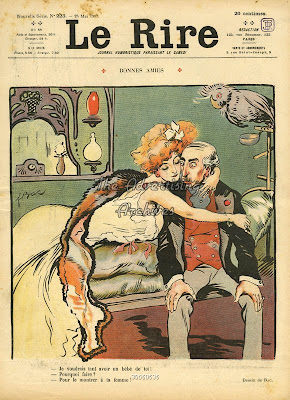 Le Rire Magazine Cover, 1907
Artist: F. Bac
"Le Rire", meaning "to laugh," was the most successful of all the "Journal Humoristique," published in France during the "Belle Epoque" (The last years of the 19th century). Published as an illustrated satirical weekly, from October 1894 to well into the 1950's. It was founded in Paris by Felix Juven in 1894. At the time corruption and incompetence ran rampant in the politics of the French government. There was anti-republican unrest directed on the infamous Dreyfus affair. It was also the gay nineties, a time of crowded cabarets and cafes flowing with the likes of Yvette Guibert and Polaire, to entertain the restless generation of the new found industrial age. A perfect time to poke fun at the political and social issues of the day.
It was the superb full colour drawings of the front and back covers and the centre spread, which made "Le Rire" outstanding. Printed as a small newspaper, black and white text and advertising appears on the reverse of each colour drawing. The great artists that flourished in Paris at the time were lined up to display their talents in "Le Rire" to an anxious public. It's most famous and important contributor was Toulouse-Lautrec.
Image source: http://www.advertisingarchives.co.uk/