Walt Disney: Blame It On The Samba From "Melody Time"

Blame It On The Samba From "Melody Time"

Release Date: May 27, 1948
Synopsis: Blame It On the Samba has Donald Duck, the film's main character, and José Carioca meeting with the Aracuan Bird who introduces them to the pleasures of the samba. The Dinning Sisters provide the vocals while organist Ethel Smith plays the organ.
Characters: Donald Duck, Jose Carioca and Aracuan Bird

Wikipedia Melody Time  Melody Time is an animated feature produced by Walt Disney and released to theatres by RKO Radio Pictures. This particular film has seven segments and is made up of several sequences set to popular music and folk music.

Wikipedia Josè Carioca  José "Zé" Carioca is a Disney cartoon character created in 1942 drawn as an anthropomorphized parrot from Rio de Janeiro, Brazil (thus "Carioca", a term which refers to a person born there). 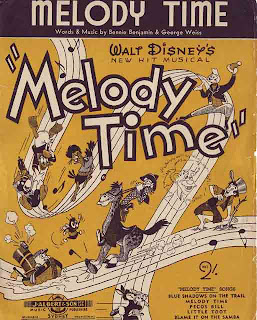 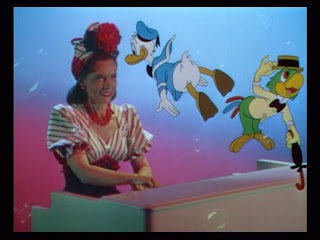